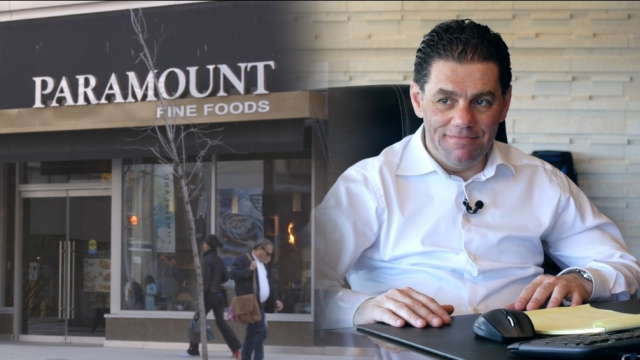 This Canadian restaurant is helping Syrian refugees by hiring them.

"I'm Mohamad Fakih, the CEO and president of Paramount Fine Foods of Canada and worldwide."

After seeing the photo of 3-year-old Aylan Kurdi's drowned body washed on a Turkish shore and visiting a refugee camp in Lebanon, Fakih wanted to help.

"I went there, and it was a world of changing for me. It was me realizing that we're really not doing that much. And me cutting a check for $60,000 was only about me washing my hands from a human being and humanities and humanitarian things I could do.

"So we realized housing and stuff like this are OK. So what's next after housing? And if I was a father, what would bring back my pride is me making money."

So he started hiring Syrian refugees. Around 45 have been hired so far with plans to hire a total of 120.

"We want to hire more refugees. We can help them, and they can help us. They will feel like normal people in this community, not strange," said Rima Zbib, a Paramount Fine Foods franchise owner.

"I remembered, what was the most difficult thing I used to hear? And it used to be, 'You don't have enough Canadian experience; we don't want to hire you,'" said Fakih.

Fakih faced barriers in getting a job when he first came to Canada from Lebanon in 1999 as an immigrant himself.

He started Paramount Fine Foods in 2007 after buying a single Lebanese restaurant and grew it into the international chain it is today.

"And you know what? Syrians, they do come with a lot of knowledge. Do they need to translate that knowledge to Canadian or American experience? Of course they do. But so I did, when I came, and so doctors did and so lawyers did when they came."

This video includes images and video from Paramount Fine Foods and music courtesy of APM Music.