One Clown Who Won't Be Running Rampant? Ronald McDonald 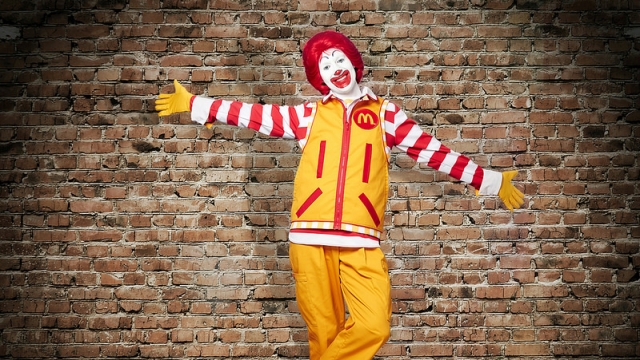 SMS
One Clown Who Won't Be Running Rampant? Ronald McDonald
By Katherine Biek
By Katherine Biek
October 12, 2016
McDonald's says it wants to be respectful of communities during these creepy clown sightings.
SHOW TRANSCRIPT

One clown who won't be sneaking up on people anytime soon?

While Ronald has been making fast-food customers smile for the past half century, other creepier clowns have recently been terrorizing towns across America.

"I just got chased by a clown up into my door of my apartment," an unnamed caller told 911.

"A student received a message from Bobby Daklown. It said all of the Gallatin County schools would be shot up," said a WKRC reporter.

Author Stephen King tried to reassure people on Twitter that most of the clowns are "good" — a tad ironic since he wrote book in 1986 about a demonic entity that takes the shape of a clown.

But people are still freaked out. So McDonald's decided to not parade Ronald around much until sightings of the sinister clowns die out.

A spokeswoman for the fast-food company told NBC, "McDonald's and franchisees in the local markets are mindful of the current climate of clown sightings in communities and as such are being thoughtful in respect to Ronald McDonald's participation in community events for the time being."