Mark Cuban To Trump: Pitch Me Your Presidency, And I'll Give You $10M 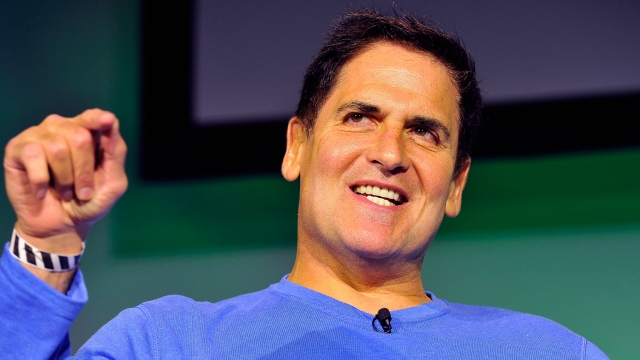 SMS
Mark Cuban To Trump: Pitch Me Your Presidency, And I'll Give You $10M
By Matt Picht
By Matt Picht
September 16, 2016
Cuban, a Clinton backer, says he wants to sit down with Trump and talk policy for four hours.
SHOW TRANSCRIPT

Ten million dollars to let Mark Cuban yell at you for four hours.

Would you take that deal?

SEE MORE: We Should Have Expected Fallon's Giggly Interview With Trump

The billionaire businessman and Hillary Clinton backer invited Donald Trump to sit down with him and discuss policy for four hours — just Cuban, Trump and a camera crew. If Trump accepts, Cuban says he'll pay the GOP candidate $10 million.

Cuban was initially supportive of Trump's presidential run when he first announced it, but he's been lashing out at Trump lately over his lack of concrete policies.

"He had a really good chance to be different and really have a chance to change things, but he doesn't do the work. He's lazy," Cuban said.

Trump's campaign has been rolling out more policy proposals recently, but it still doesn't seem like he wants to talk with Cuban all that much.