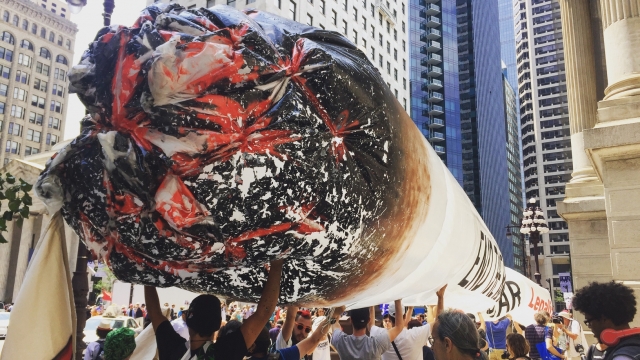 The Democrats' convention is lit…

And marched with two 50-foot joints.

It also calls for downgrading marijuana in the Controlled Substances Act.

It's a big win for Bernie Sanders supporters. And thousands of them are in Philly to protest the convention.