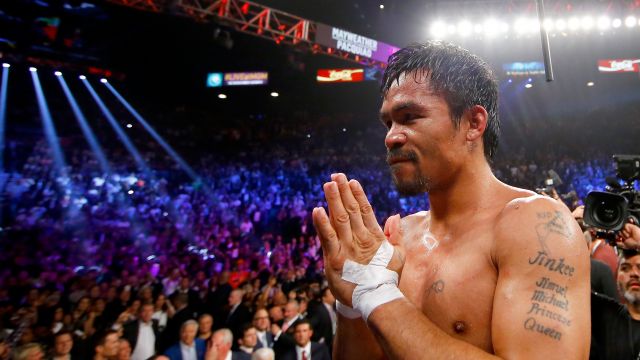 In an interview with TV5 in the Philippines, Pacquiao said, "For me, it's common sense. Will you see in animals male to male and female to female? The animals are better. ... If we approve male on male, female on female, then man is worse than animals."

The comments led to a firestorm of backlash on Twitter.

Pacquiao is running for a senate seat in the Philippines and currently represents the Sarangani province in the house of representatives — although he's quite often absent.

Pacquiao, who lost to Floyd Mayweather in 2015 in one of the most watched fights in boxing history, is also preparing for his April 9 fight against Timothy Bradley. It's expected to be Pacquiao's final fight before retirement.