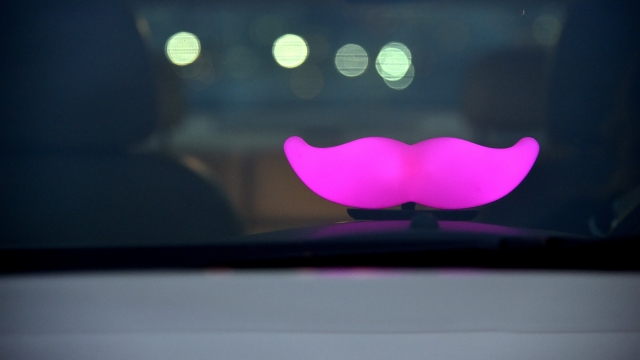 SMS
Lyft CEO Wants Personal Car Ownership To Be A Thing Of The Past
By Lindsey Pulse
By Lindsey Pulse
September 19, 2016
He thinks cars have become a "$9,000 ball and chain" for most vehicle owners.
SHOW TRANSCRIPT

By 2025, personal car ownership will be a thing of the past in major U.S. cities — at least, that's what the president of Lyft thinks.

John Zimmer published a blog on Medium outlining his vision for the future of transportation, and he thinks the auto industry will be dominated by ride-hailing

SEE MORE: A National Law On Autonomous Cars Is Probably A Long Way Off

He writes: "Next time you walk outside, pay really close attention to the space around you. Look at how much land is devoted to cars  —  and nothing else."

His vision — which he calls "The Third Transportation Revolution" — outlines a plan to take personal vehicles off the streets and to transition Lyft to mostly autonomous vehicles by 2021.

Zimmer believes cars have gone from a symbol of freedom to a "$9,000 [annual] ball and chain that gets dragged through our daily life."

His plan echoes statements made by Tesla CEO Elon Musk about the world of personal transportation. Musk believes the future lies in groups of people owning self-driving cars and renting them out to other people.

Zimmer seems to agree with Musk, only he wants Lyft to own that fleet of cars, rather than private citizens.

The company's CEO believes his vision will not only help the environment, but it will also give people the opportunity to redesign urban areas so cities are built around humans, not vehicles.