Loretta Lynch Promises To Be Impartial In Clinton Email Probe 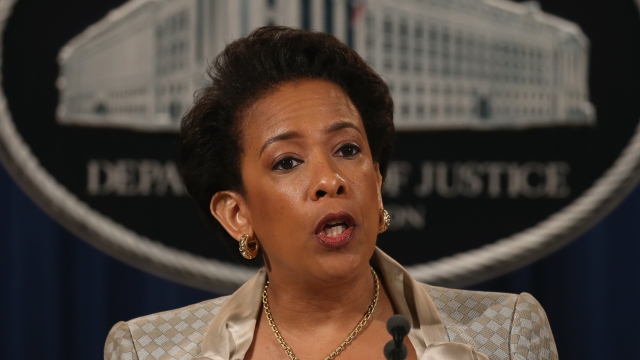 As the probe into Hillary Clinton's email servers drags on, those in charge of the investigation are facing questions about whether they can do it fairly.

Some have raised concerns that U.S. Attorney General Loretta Lynch — an Obama appointee — has a conflict of interest. She's in charge of looking into potential charges against Clinton, whom President Obama endorsed for president.

"The investigation into the State Department email matter is going to be handled like any other matter. We've got career agents and lawyers looking at that. They will follow the facts and follow the evidence wherever it leads and come to a conclusion," Lynch said on "Fox News Sunday."

Lynch said she's keeping some distance between her work and politics. She said she's never spoken with President Obama or anyone at the White House about the case.

She said, "That's not the kind of relationship that I have with people there, and it would be inappropriate to do so."

Regardless of your politics, the scandal has been frustrating for both sides. Democrats like Sen. Bernie Sanders have said they're tired of hearing about Clinton's emails.

Republicans have been frustrated that relatively little has happened with the investigation. Clinton hasn't been indicted, and it seems unlikely to happen at this point.

There's no word on when the probe could wrap up, but FBI Director James Comey indicated the investigation could last beyond the Democratic National Convention in July.

This video includes images from Getty Images and clips from Hillary for America, CNN, Fox News and The White House. Music provided courtesy of APM Music.