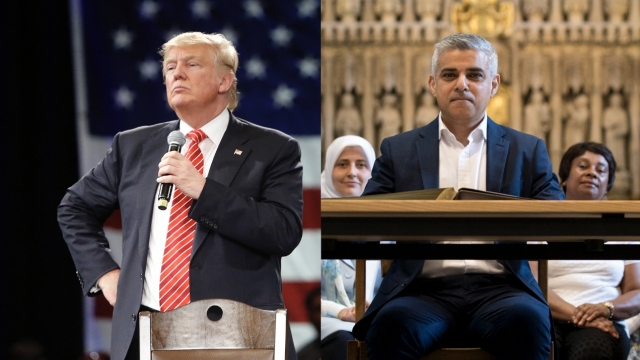 SMS
London's Muslim Mayor Doesn't Want To Be The Exception To Trump's Rule
By Kate Grumke
By Kate Grumke
May 10, 2016
Trump called for a temporary ban on all Muslims entering the U.S., but apparently it wouldn't apply to London's recently elected mayor.
SHOW TRANSCRIPT

But Sadiq Khan doesn't want it.

"Whilst it may be great he's made an exception for me, it's not about me. It's about my friends, family and others. ... He's playing into the hands of extremists who say it's not compatible to be Western and to be a mainstream Muslim. London showed last Thursday it is," Khan told the BBC.

The New York Times asked Trump if the ban would apply to Khan. He said, "There will always be exceptions."

This video includes clips from BBC and images from Getty Images.