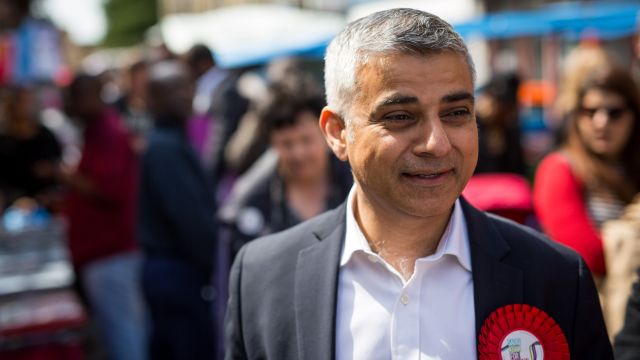 SMS
London Elects Its First Muslim Mayor
By Matt Picht
By Matt Picht
May 6, 2016
Sadiq Khan won the mayoral election in spite of a campaign to associate him with Islamic extremism.
SHOW TRANSCRIPT

Sadiq Khan is a Labour politician, former human rights lawyer and devout Muslim. And on Friday, he became London's next mayor.

The mayoral campaign was defined by Khan's Conservative rival Zac Goldsmith, who attempted to smear Khan by associating him with Islamic extremism.

Goldsmith's tactics were widely denounced as vicious and self-destructive, even by his fellow Conservatives.

Conservative politician Andrew Boff told the BBC, "It was effectively saying that people of conservative religious views are not to be trusted and you shouldn't share a platform with them. I mean, that's outrageous."

Labour managed to hang on to its territory in elections across the rest of England, even gaining ground in a few areas. The party didn't fare as well in Scotland, though; it's now behind both the Scottish National Party and the Conservatives.