Living With Cancer Might Be Better Than Trying To Cure It 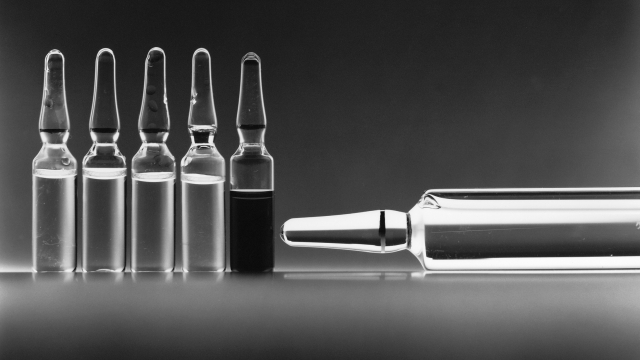 SMS
Living With Cancer Might Be Better Than Trying To Cure It
By Steven Sparkman
By Steven Sparkman
February 24, 2016
A new way of treating cancer uses low doses of chemotherapy with the goal of controlling, rather than destroying, tumors.
SHOW TRANSCRIPT

In the fight against cancer, would we ever be willing to accept a stalemate?

Cancer treatments are improving all the time, but a new way of looking at the disease might lead to more effective treatments for hard-to-treat tumors. It involves doing away with the notion of curing the disease and instead focusing on living with it.

The idea comes from researchers at the Moffitt Cancer Center in Tampa, Florida. In a new study, they used what they call "adaptive therapy" to keep breast cancer in mice in check.

The ideas behind adaptive therapy are similar to ideas about pest control. It's hard to completely eradicate most pests, so sometimes the best strategy is keeping their populations in check so they don't pose problems.

There's a lot of evolutionary thinking and mathematical modeling involved, but what the Moffitt Center researchers do is actually pretty straightforward: They use normal chemo drugs, but vary the dose based on whether the tumor is growing or shrinking.

So right at the point when it seems like chemo is at its most effective in shrinking the tumor, they cut back the dose.

That's counterintuitive, and the researchers know it. Robert Gatenby — one of the main scientists at Moffitt exploring adaptive therapy — wrote in 2009, "The idea of killing not the maximum number of tumor cells possible, but the fewest necessary will be difficult for both physicians and patients to accept."

But the theory is that, by stabilizing the tumor rather than trying to destroy it, you reduce the chance that it will become drug resistant, and you spare patients from the side effects of aggressive chemotherapy.

In their experiment, the researchers managed to stabilize breast cancer in the mice indefinitely, and keeping the tumors in check actually became easier over time, requiring smaller and smaller doses of chemo. Many mice were eventually able to go off drugs completely.

There are still plenty of kinks to work out before they try it on humans. For one thing, adaptive therapy involves constantly scanning the tumor for changes in size, which just isn't possible for most clinics.

Probably the biggest hurdle is changing the way we think about cancer treatment, becoming comfortable living with a stable tumor rather than trying to become cancer-free.

This video includes images and clips from the National Cancer Institute, the U.S. Department of Agriculture and Nicki Dugan Pogue / CC BY SA 2.0.