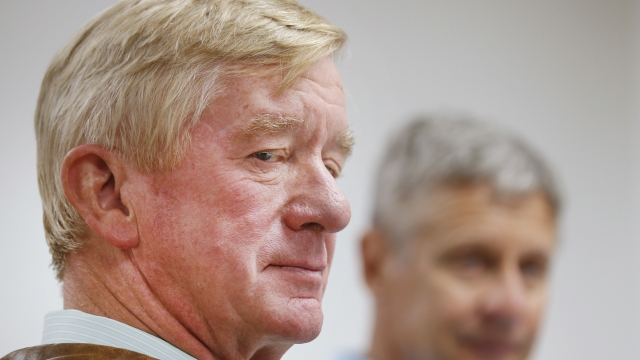 How's this for an election season rarity: A candidate actually said something nice about a member of a different ticket.

Libertarian vice presidential candidate Bill Weld had some very kind things to say about Hillary Clinton. They've known each other for decades, so that's not surprising. But what was surprising is that, when asked point blank, Weld didn't say his running mate Gary Johnson would make a better president than Hillary Clinton.

"I know her to be a person of high moral character, a reliable person and an honest person," Weld said about Clinton in an interview with Rachel Maddow on MSNBC.

Weld knows the Libertarians aren't going to take the White House. He acknowledged the ticket was toast as soon as it missed getting a spot in the debates.

So while he still believes his is the best ticket in theory, he also believes the country would be better off if Donald Trump weren't in the White House.

"I fear for the country if Mr. Trump should be elected," Weld said.

That doesn't mean he's giving up and endorsing Clinton, though. Weld's aiming for 5 percent support to make Libertarians more viable in the future.

If Johnson and Weld hit that threshold, the party would receive partial public funding, giving the the party millions of dollars and the legitimacy it's long been after.

NIH To Vanity Fair: A Nonprofit It Funded Worked With Wuhan Institute