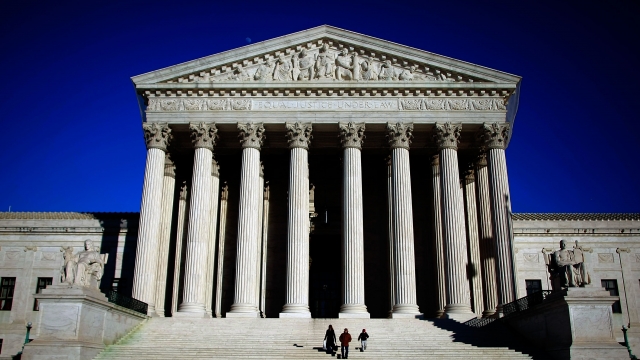 Supreme Court Justice Ruth Bader Ginsburg really doesn't like Donald Trump, calling him a "faker" who she can't even imagine as president. And of course Trump fired back, tweeting, "Justice Ginsburg of the U.S. Supreme Court has embarrassed all by making very dumb political statements about me. Her mind is shot - resign!"

Nothing in the Constitution would force Ginsburg to resign, but her detractors say political comments have no place in the Supreme Court. History says they couldn't be more wrong.

"It was designed by the founders to be somewhat removed from the hurly-burly and fray of everyday politics but not to be a non-political institution," Dr. Marvin Overby of the Kinder Institute said in a sit down with Newsy.

Justices obviously have political opinions that impact their views. Take it back all the way to 1800, when apparently there were so many justices campaigning for John Adams that they couldn't even start the court's term. Or Justice Sandra Day O'Connor, who was a fan of the Bushes and called Al Gore's almost-win "terrible."

Both of those instances were before our current media and political climates and O'Connor's comments weren't made public until later. For Ginsburg, this is more of an optics issue than anything else, though she would likely have to recuse herself if we end up with any Trump-related Supreme Court cases.