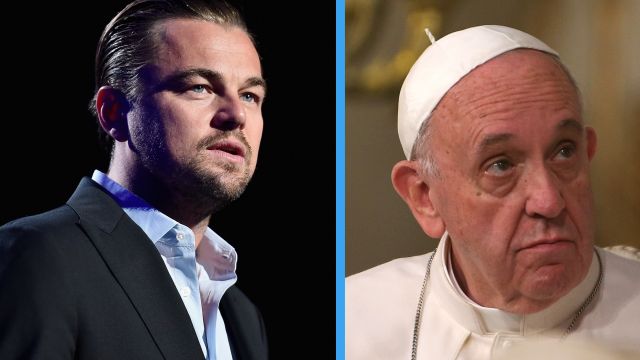 Leonardo DiCaprio is having a pretty good year so far: His extreme camping trip could win him a long-overdue Oscar, and now he's hanging out with the pope.

Pope Francis held a 15-minute audience with DiCaprio on Thursday. The two men exchanged gifts and talked about one of their shared passions: the environment.

DiCaprio is a veteran environmental campaigner; he recently used an award speech in Davos, Switzerland, to blast big oil companies for exploiting the environment.

And the issue has been central to Francis as well. One of the gifts DiCaprio received was a leather-bound copy of "Laudato Si," the pope's influential encyclical about the environment.

In return, DiCaprio gave Francis a book on the works of artist Hieronymus Bosch. The actor told Francis Bosch's famous triptych "The Garden of Earthly Delights" was hung over DiCaprio's crib when he was a baby.

DiCaprio also said he thought the blackened sky in the triptych's third panel "represents so much to me of what's going on in the environment." He didn't elaborate on how the knife-wielding ears factor into things.

This video includes images from Getty Images and Hieronymous Bosch.