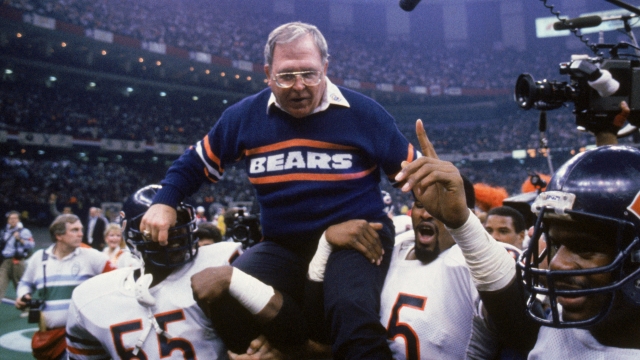 SMS
Legendary NFL Coach Buddy Ryan Has Died
By Matt Moreno
By Matt Moreno
June 28, 2016
Ryan coached in the NFL for 35 seasons and was a part of the storied 1985 Chicago Bears.
SHOW TRANSCRIPT

Ryan spent 35 years as a coach in the NFL. He started as a defensive-line coach with the New York Jets in 1968, the same year the team won Super Bowl III.

Ryan, a defensive mastermind, scored his first head coaching gig with the Philadelphia Eagles in 1986.

"As more of Buddy's buddies came aboard, the victories followed. But make no mistake. Ryan cares about quality, not quantity," a CBS report said.

He spent five seasons with the Eagles and eventually landed another head coaching job with the Arizona Cardinals in 1994.

He also spent stints as a defensive coach with the Minnesota Vikings, the Houston Oilers and, perhaps most notably, the '85 Chicago Bears.

"Coach Ryan's '46 defense' changed football forever. Nobody had ever seen anything like it, nobody knew what to do with it, and with the talent he had on the defensive side of the ball, there wasn't anything other teams could do about it," President Obama said in 2011 while honoring the 1985 Bears team.

The two-time Super Bowl winner apparently passed down his love of the game to his children, too.

Ryan's twin sons, Rob and Rex, currently work for the Buffalo Bills. Rex Ryan has been the Bills' head coach since the beginning of the 2015 season. He hired his brother Rob Ryan as an assistant head coach this offseason.

This video includes a clip from WKBW and images from Getty Images.