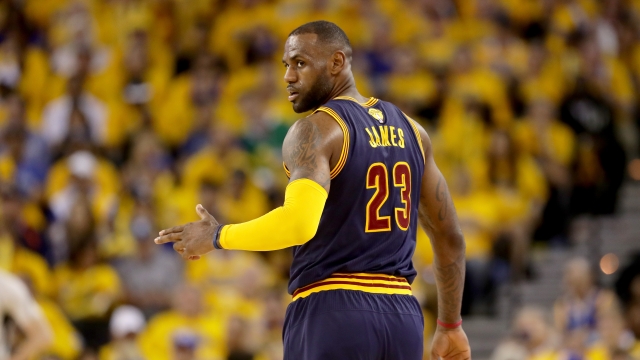 Basketball star LeBron James is donating a lot of money to the Smithsonian.

James' donation — a whopping $2.5 million — will fund an exhibit about the late Muhammad Ali.

The boxing legend died in June at age 74.

James told USA Today, "Muhammad Ali is such a cornerstone of me as an athlete because of what he represented not only in the ring as a champion, but more outside the ring — what he stood for, what he spoke for, his demeanor."

This is just one high-profile way the Cleveland Cavaliers player has given back to the community throughout his career.

His Wheels for Education program begins mentoring kids when they're in third grade to keep them on track to receive a high school diploma. And just last year, James announced he'd provide a four-year scholarship to the University of Akron for qualifying students who complete his foundation's academic program.

At the time of the announcement, the Akron Beacon Journal estimated as many as 2,300 students could receive a scholarship.

The Muhammad Ali exhibit will be at the Smithsonian's National Museum of African American History and Culture, which opened in September.