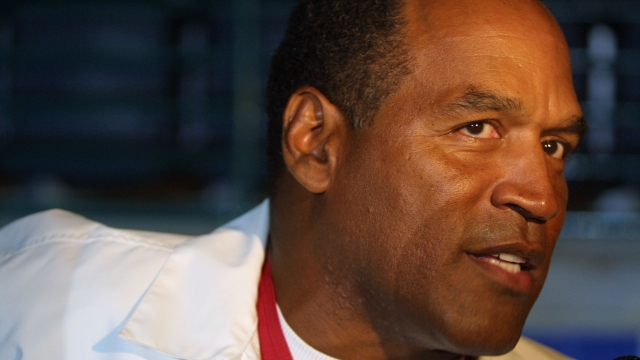 SMS
LAPD Investigating Mystery Item Possibly Linked To O.J. Simpson
By Christian Bryant
By Christian Bryant
March 4, 2016
The item, which media believe is a knife, was allegedly buried at a property previously owned by Simpson and was kept by a police officer for years.
SHOW TRANSCRIPT

"Within the last month, LAPD became aware of an item that was allegedly recovered by a citizen at the Rockingham property possibly during the demolition of the site," LAPD Capt. Andrew Neiman told reporters.

The Los Angeles Police Department held a press conference Friday saying it's still vetting the story of how it obtained the item, which news outlets believe is a knife, and that forensics tests are underway.

TMZ first reported a construction worker found the item buried at O.J. Simpson's estate years ago. That worker reportedly turned it over to an off-duty police officer who kept it until police learned it existed earlier this year.

The discovery of this mystery item is equal parts significant and peculiar.

It's significant because it rehashes details of Simpson's 1994 murder trial. Simpson's wife Nicole Brown Simpson and Ronald Goldman were both stabbed to death. The prosecution presented a knife as evidence during the trial, but it wasn't determined to be the murder weapon. The actual murder weapon was never recovered.

"The most important thing is the story," Courtney B. Vance said while portraying Simpson's former attorney Johnnie Cochran.

The discovery of the item is also peculiar because of the timing. Simpson is the subject of a new FX series titled "American Crime Story: The People v. O.J. Simpson," which recounts details of the infamous murder trial.

Although Simpson was acquitted of the murders of Nicole Brown Simpson and Goldman in 1995, LAPD Capt. Andrew Neiman told reporters the double homicide case against Simpson is still open.

"With all cases that remain open, such as the O.J. Simpson [case] and other murder cases and robbery cases, unless there's an actual arrest and conviction to prove that we have actually closed the case, the cases remain open," Neiman said.

Neiman added that, because of double jeopardy, Simpson can't be charged again for double homicide because he's already been acquitted. The retired off-duty officer who reportedly kept the item from police has not been charged.