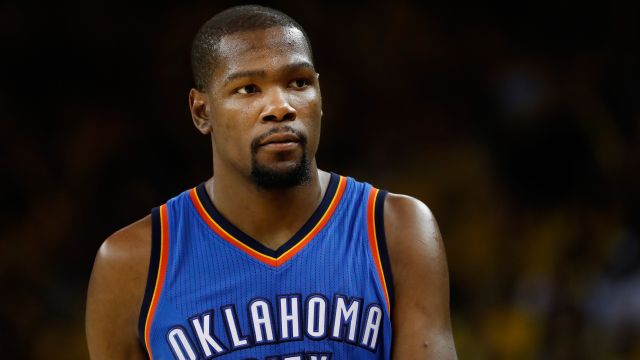 The wait is over. NBA free agent Kevin Durant is now a Golden State Warrior.

The former Oklahoma City Thunder small forward made the announcement via The Players' Tribune on Monday.

He wrote: "I have decided that I am going to join the Golden State Warriors. ... I will miss Oklahoma City, and the role I have had in building this remarkable team. "

SEE MORE: "So Many International Players Got Picked In The NBA Draft"

Several teams courted Durant and his services this offseason, possibly none harder than the Boston Celtics, who rolled out a celebrity-filled red carpet for the 27-year-old.

Durant's decision was the most anticipated of a 2016 NBA free agency period that's seen teams practically giving away money.

As of Monday morning, of the six players scoring massive $100-million-plus deals, only one changed teams — Al Horford going from the Atlanta Hawks to the Boston Celtics.

Durant is a seven-time NBA All-Star and a former MVP. He's expected to highlight a somewhat depleted Team USA basketball team in Rio de Janeiro at the Olympics starting next month.

This video includes clips from Nike and The Oklahoman and images from Getty Images. Music provided courtesy of APM Music.