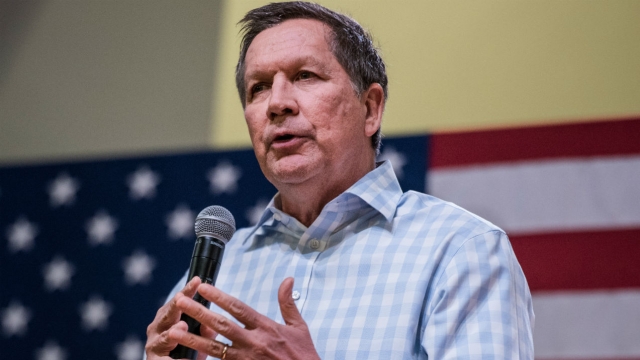 Ohio Gov. John Kasich signed a bill that eliminates funding for Planned Parenthood one day after coming in fifth in the South Carolina primary.

The fact that Kasich signed the bill is no surprise, since he also tried to defund the nonprofit in 2013. But this move could remind voters of his anti-abortion stance.

Even though state funds didn't go to funding abortion, Ohio House Bill 294 is written to defund any entity that performs or promotes abortions for a woman whose life is not in danger: i.e., Planned Parenthood.

Kasich has a strong record of limiting abortion access in Ohio. This conservative aspect of the presidential candidate is now back in the spotlight.

Several news outlets refer to Kasich as a moderate, especially in comparison to Donald Trump and Sen. Ted Cruz. But when it comes to Planned Parenthood, Kasich has remained staunchly conservative.

In an August interview with CNN, Kasich said conservatives focus "too much" on abortion compared to other social issues, such as infant mortality, the environment and education. The comment received backlash from conservative news sources.

The Ohio bill defunding Planned Parenthood will reallocate funding to go to clinics chosen by the Ohio Department of Health in the next few months. The bill is expected to become law in 90 days.

This video includes images from Getty Images and clips from John Kasich, ABC and Planned Parenthood.