Kanye West's Plea For A Zuckerberg Investment Has Some Flaws 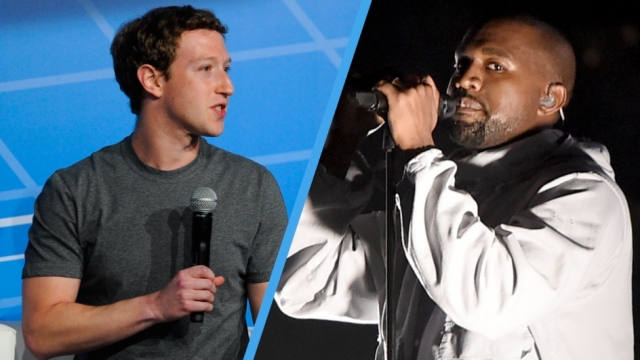 SMS
Kanye West's Plea For A Zuckerberg Investment Has Some Flaws
By Katie Link
By Katie Link
February 15, 2016
Kanye West took an odd approach when asking billionaire Mark Zuckerberg for an investment. And by odd, we mean he did it via Twitter.
SHOW TRANSCRIPT

Facebook founder Mark Zuckerberg has a lot of money. And Kanye West wants some of it, because, according to West, "For anyone that has money they know the first rule is to use other people's money."

The rapper took to Twitter over the weekend to proclaim he’s $53 million in debt. So he asked Zuckerberg to invest $1 billion in his ideas.

But we’re thinking 'Ye's strategy for securing some cash may not be the smartest, for multiple reasons. For starters, Zuckerberg doesn’t seem to use Twitter. He’s more of a Facebook guy.

West also seems to be confused about the calendar. He asked Zuckerberg to call him even though it’s his birthday — but Zuckerberg’s birthday is in May.

West tweeted he's also "down" to get some financial support from Google co-founder Larry Page. Again, not an active Twitter user.

It’s not clear if West is actually $53 million in debt. It’s also not clear if that public plea for an investment is legitimate. But as West tweeted Monday afternoon, "People wanted me to tweet again well here’s some tweets!!!"

Regardless, we can’t help but wonder how this admission of debt, real or fake, might factor in to his supposed run for the White House.

This video includes clips from Bloomberg and images from Getty Images.