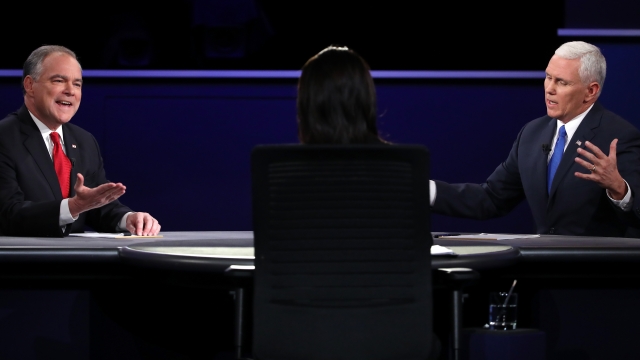 Everyone thought the VP debate would be the #DadDebate.

Instead, it was an endless series of interruptions.

It started almost immediately and only got worse after Sen. Tim Kaine pointed out that the debate was supposed to be a "discussion," which moderator Elaine Quijano confirmed.

Quijano repeatedly tried to rein things in. "Gentlemen, the people at home can't understand either one of you when you talk over each other," she said. "I would please ask you to wait until the other is finished."