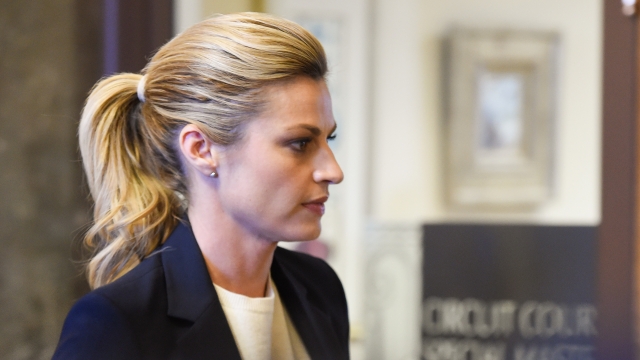 A jury sided with sports reporter Erin Andrews on Monday and awarded her $55 million in her lawsuit stemming from a secretly recorded nude video.

A stalker, Michael David Barrett, recorded Andrews naked in her hotel room in 2008 and later posted that video online. Andrews filed a lawsuit against the Nashville Marriott hotel owner and operator and Barrett, asking for $75 million in damages.

Barrett reportedly called the hotel and asked for a room next to Andrews, and the hotel complied.

Newsy's partners at WTVF say the hotel owner and operator will pay 49 percent of the $55 million, and Barrett will pay the remaining 51 percent. Andrews and her legal team said they are happy with the verdict.

This video includes images from Getty Images and clips from WTVF.