Judge Will Not Release Videotaped Testimony In Trump University Case 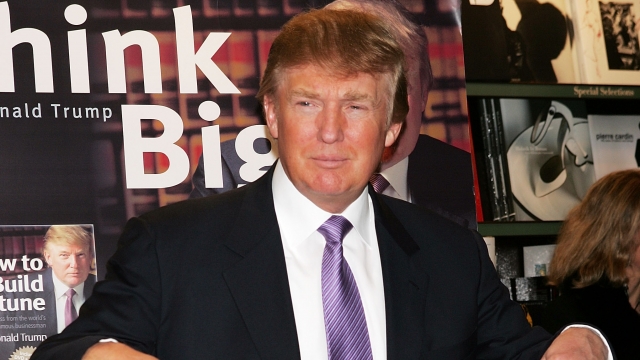 SMS
Judge Will Not Release Videotaped Testimony In Trump University Case
By Briana Koeneman
By Briana Koeneman
August 3, 2016
Judge Gonzalo Curiel said in his ruling Tuesday he wants to avoid any potential harm that releasing the footage could do to the case.
SHOW TRANSCRIPT

A federal judge has decided not to release videotaped testimony by Donald Trump in a California lawsuit against the now-defunct Trump University.

U.S. District Judge Gonzalo Curiel said in his ruling Tuesday he wants to avoid any potential harm that media scrutiny of the footage could do to the case, which alleges that former Trump University students were defrauded by false advertising.

CNN quotes the ruling as saying, "There is every reason to believe that release of the deposition videos would contribute to an on-going 'media frenzy' that would increase the difficulty of seating an impartial jury."

Several media outlets had requested the court unseal the two videotaped depositions, which took place in December and January.

Now, almost all the transcripts of the testimony have been made public. But Trump's lawyers fought the release of the footage itself.

They argued it could be used in attack ads against the Republican presidential candidate, and it would generate so much publicity that it might bias any potential jurors in the case.

The decision comes just weeks after Trump criticized Judge Curiel during a rally in San Diego.

"I have a judge that is a hater of Donald Trump. A hater. He's a hater. His name is Gonzalo Curiel," Trump said.

Judge Curiel also denied a request by Trump's attorneys to have the lawsuit thrown out. The suit is one of two Trump University cases Curiel is presiding over. The second is expected to go to trial in November, not too long after the presidential election.

This video includes clips from Donald J. Trump for President Inc., Fox News and CNN, and images from Getty Images.