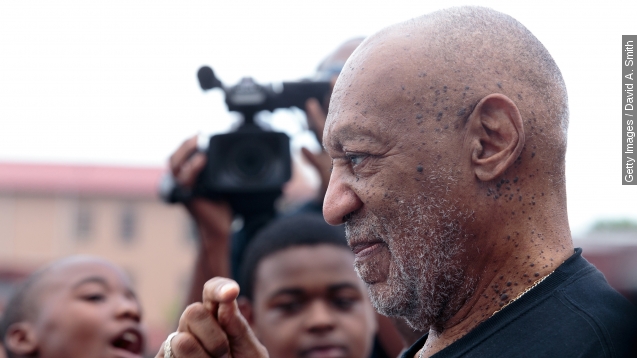 SMS
Judge Says Cosby Accusers' Libel Suit Can Go On
By Cliff Judy
By Cliff Judy
October 10, 2015
Three women have accused Cosby and his representatives of ruining the women's reputations through statements to the media.
SHOW TRANSCRIPT

A judge has ruled three of Bill Cosby's accusers can go on with their libel suit against the embattled comedian they say sexually assaulted them.

A 38-page ruling issued the same day Cosby was scheduled to give a court deposition for other alleged assaults threw out every legal argument the comedian's camp had made for dismissing the libel case.

Cosby's fall from grace over the last year has been astounding as dozens of women have accused him of assaulting them, often saying their encounters with Cosby were decades ago and he drugged them. (Video via ABC)

The women in the libel case say Cosby used his attorneys and representatives to ruin his accusers' reputations by telling news outlets the women were lying about the assaults.

The suit was based on statements sent to various media outlets and comments directly given to Newsweek and The Washington Post.

For instance, Cosby's reps responded to a Newsweek interview with one woman by saying, "This is a 10-year-old, discredited accusation that proved to be nothing at the time, and is still nothing."

But that case never went to court, leading the judge to write the reps' words implied "the allegations were somehow truly disproven without saying how or where, thereby failing to self-authenticate as a statement of true fact."

More than 50 women have accused Cosby of assault. The comedian has never been charged with a crime and maintains his innocence.