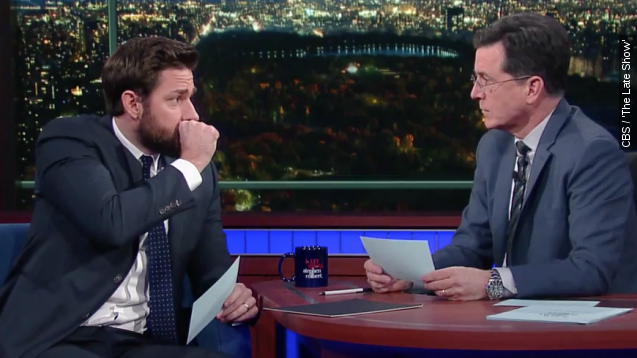 We all know it's important for every actor to be able to cry on command. But how about pretending to vomit? Well, Stephen Colbert put John Krasinski's barfing skills to the test.

On "The Late Show," Krasinski and Colbert had a fake vomit-off while reading lines from "A Few Good Men."

"I think I'm entitled to them," Krasinski said.

Kinda gives that iconic scene a different tone, doesn't it?

Along with pretending to toss his cookies, Krasinski was on the show to promote his next movie, "13 Hours." The drama hits theaters Jan. 15.