Jeb Bush Still Won't Back Donald Trump, But His Son Will 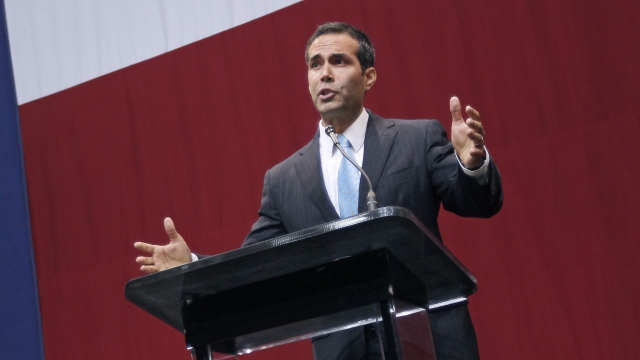 Months after dropping out of the race, Jeb Bush remains firmly against a Donald Trump presidency. But that doesn't appear to be the case for his son.

George P. Bush, the Texas land commissioner, reportedly told a gathering of Texas Republicans that the party needs to unite behind Trump.

He said: "From Team Bush, it's a bitter pill to swallow, but you know what? You get back up, and you help the man that won, and you make sure that we stop Hillary Clinton."

He's not the only Bush to go against the family line. Barbara Bush told NBC in 2013 that she didn't think Jeb Bush should run for president.

"I think it's a great country. There are a lot of great families, and it's not just four families or whatever," she said. "There are other people that are very qualified, and we've had enough Bushes."

Still, she did eventually throw her support behind his presidential bid.

Donald Trump repeatedly ribbed Jeb Bush for being "low-energy" during his campaign.

"This is a tough business," Bush said in one debate.

Even after dropping out of the race, Jeb Bush continued to speak out against Trump. Last month, he said he doesn't plan to vote for the Republican nominee and that Trump's supporters will end up feeling betrayed.

This video includes clips from Jeb 2016, CBS and CNN and images from Getty Images.