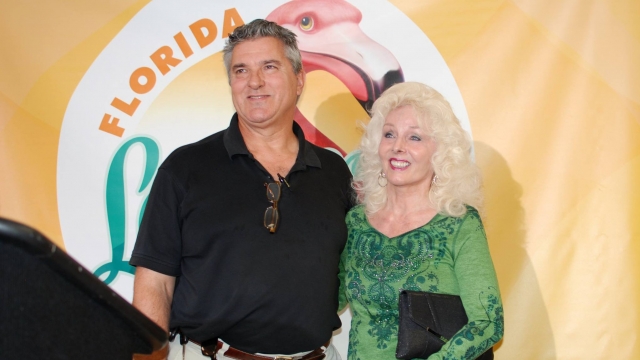 Get ready to be jealous. The second winner of the record $1.5 billion jackpot claimed their prize Wednesday.

The lucky ticket holders are David Kaltschmidt and Maureen Smith of Melbourne Beach, Florida, and they took their time to come forward and claim their millions after the Jan. 13 drawing.

Their ticket was one of three that matched all the numbers, making each ticket worth about $528.8 million.

Kaltschmidt and Smith claimed their winnings with a trust and chose the one-time payout, giving them a giant check for more than $327 million. The couple says they've played the same lottery numbers for years but decided to keep their news a secret for more than a month.

"Can you tell us what you're going to do with the money?" a reporter asked during a press conference Wednesday.

Later, Kaltschmidt said he wants a new truck, and Smith wants a massage — two things they can certainly afford now.

The first winners to claim their money were Lisa and John Robinson of Tennessee who came forward just two days after the drawing. They too opted for the lump sum payout.

The third winner who bought the ticket in California has yet to claim his or her prize. Winners can't claim prizes in California anonymously, so eventually we'll find out who that person is but it could take a while. Powerball jackpot winners have one year from the date of the drawing to claim their winnings.