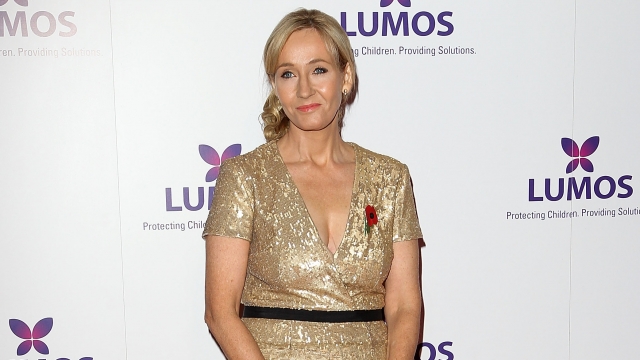 "I want you to write, 'I must not tell lies,'" said a character from a "Harry Potter" film.

But here's the kicker: The stories, which for the time being are only being sold as e-books, focus not on Potter himself but other characters in the wizarding world.

Word of the new releases comes just three weeks after Rowling's print version of the script for "Harry Potter and the Cursed Child" broke presale records and topped best-seller lists.

Rowling is no stranger to the short-story format.

In 2001, she released two companion books: "Quidditch Through the Ages" and "Fantastic Beasts and Where to Find Them."

The latter of which is the basis for a new wizarding world movie trilogy starring Eddie Redmayne. The first film in the series premieres in November.

Rowling's three new tales are available for preorder now and will officially be released for about $3 each in September.