It's Surprisingly Easy To Brew Something Like RNA In A Puddle 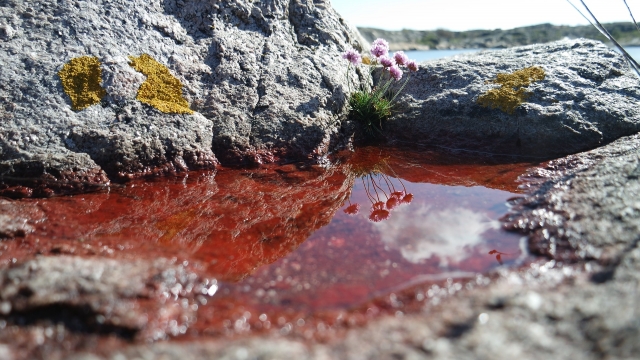 SMS
It's Surprisingly Easy To Brew Something Like RNA In A Puddle
By Steven Sparkman
By Steven Sparkman
April 25, 2016
Common chemicals turn into something a lot like RNA if you leave them alone in water, giving new clues to the origins of life on Earth.
SHOW TRANSCRIPT

One of the biggest mysteries in science is how you could get life in a place where it doesn't already exist. Scientists have found some clues, though.

The latest is that Georgia Tech chemist Nicholas Hud was able to create something that looks a lot like RNA — a relative of DNA — using ingredients that would have been common on Earth when it was 4 billion years younger.

The study used two common chemicals left alone in what amounts to a mud puddle. The chemicals synced up and started forming that twisting ladder shape we think of when we picture DNA.

Scientists say this looks like a decent candidate for how simple organisms may have gotten started on Earth, and it wasn't even all that hard.

Earlier studies have shown you can get some of the building blocks of life in the right situation, like extreme heat or lightning strikes. Some have even been found on asteroids.

The Georgia Tech study shows you don't even need that much excitement. Swirling puddles could potentially have done the job.

This video includes clips from NASA, the National Science Foundation and the National Oceanic and Atmospheric Administration.