It's Safe To Start Caring About 'No Man's Sky' Again 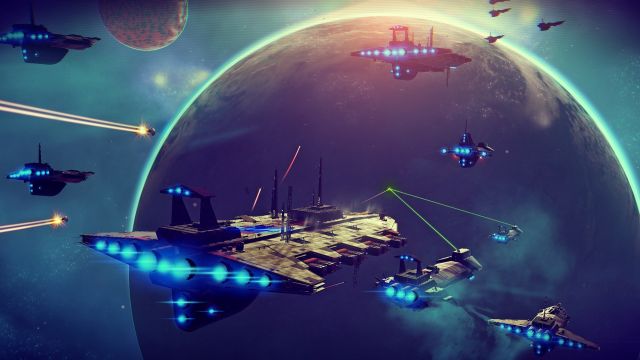 SMS
It's Safe To Start Caring About 'No Man's Sky' Again
By Matt Picht
By Matt Picht
March 3, 2016
After years of hype and speculation, a release date has finally been announced for the overwhelmingly massive universe of "No Man's Sky."
SHOW TRANSCRIPT

The biggest universe ever created in video games is coming out in just three months. If you haven't been paying attention to "No Man's Sky," now's the time to start.

Indie studio Hello Games first announced "No Man's Sky" in 2013, dazzling audiences with grandiose promises about jet-setting around a massive galaxy detailed right down to the individual blades of grass.

The game's shown up at press events since then, with studio head Sean Murray peeling back layer after layer of his digital cosmos. But the general public won't get access to "No Man's Sky" until June 21, when it comes out for PS4 and PC.

The game's hype has worn a little thin over the past few years, partly due to repeated exposure. But it's also true that the market for navigating a spaceship through the stars or exploring a mysterious alien world has gotten tighter since 2013.

"No Man's Sky"'s main advantage is scale: Computer algorithms have generated about 18 quintillion planets — yes, that's a real number — and scattered unique species and features across those worlds for players to explore.

And since everything's computer-generated, not even the game's creators know what's in their universe. The launch of "No Man's Sky" will be an act of mass discovery as players chart out a foreign cosmos — assuming the game works properly, that is.

"No Man's Sky" will be available digitally and physically, and will cost $60. You could also put down $150 for iam8bit's edition of the game, which includes a tiny metal spaceship.