Guns N' Roses And LCD Soundsystem Are Both Reuniting For Coachella 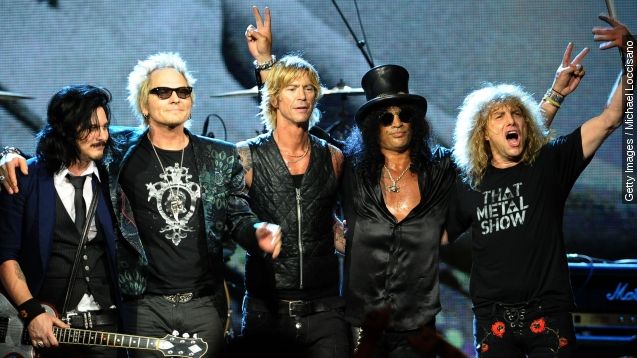 Coachella 2016 is going to be the year of two big reunions. (Video via Coachella)

Coachella has officially announced that LCD Soundsystem and Guns N' Roses would both be headlining the festival after rumors circulated for weeks.

This will be the first time Guns N' Roses frontman Axl Rose and lead guitarist Slash will have performed together since 1993. (Video via Geffen Records / Guns N' Roses)

Rounding out the three headline spots is Calvin Harris. Ellie Goulding, Sufjan Stevens, A$AP Rocky, Rancid and Ice Cube will also perform at the festival, which takes place over two weekends in April.