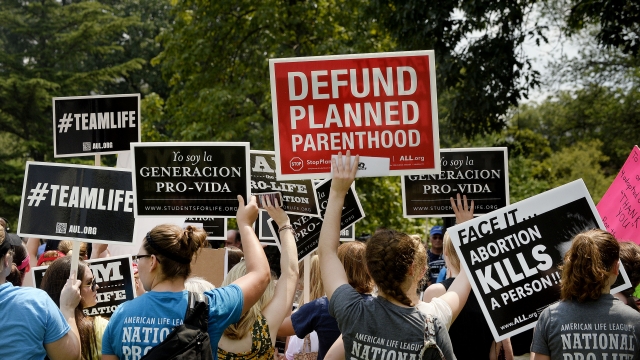 When Democrats and Republicans argue, Planned Parenthood is often caught in the middle. Congress still hasn't managed to provide funding to fight the Zika virus because the bill also includes cuts to Planned Parenthood's funding.

Now, the Department of Health and Human Services is trying to change that. It proposed a rule saying states can't cut family planning funding for any reason that's "unrelated to the ability to deliver services to program beneficiaries in an effective manner."

SEE MORE: Rates Of Pregnancy-Related Deaths Have Doubled In Texas

This essentially takes away a state's ability to cut Title X family planning funding to try and restrict abortion access, which has become common practice.

Since 2015, eleven states have slashed family planning budgets even though, by law, tax dollars can't be used to fund abortion services. So the services being hit are ones like cancer screenings and STD testing.

Tennessee Rep. Diane Black called the rule a "stunt" saying, "We've known all along that the Obama Administration will go to untold lengths to protect its friends in the big abortion industry."

But those who are in favor of the rule say it will protect women's right to access important and even life-saving services.

Budgetary restrictions have become a massive problem for women's health care. Texas' maternal mortality rate doubled between 2010 and 2014. Researchers have been hesitant to draw a direct connection, but some doctors say cuts to women's health care make it tough to keep expectant mothers healthy.

The new rule will likely go into effect after a 30-day public comment period.