ISIS Defector Turns Over Information That Could Be Huge 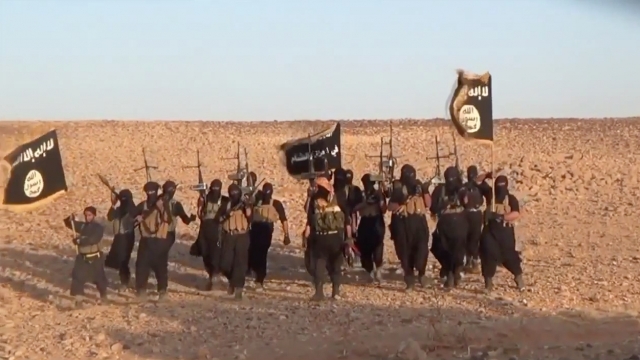 SMS
ISIS Defector Turns Over Information That Could Be Huge
By Grant Suneson
By Grant Suneson
March 9, 2016
An ISIS defector turned over a flash drive containing 22,000 applications to join the group, including each fighter's name and personal information.
SHOW TRANSCRIPT

The names and personal information of thousands of ISIS fighters have been leaked, and it’s all thanks to one disillusioned former member.

Sky News says it received a flash drive containing the ISIS applications of 22,000 prospective radical fighters from more than 50 countries.

The drive was turned over by a man who goes by the name Abu Hamed who became disillusioned with ISIS leadership.

Hamed seems to think the files are pretty important. The article said, "Asked if the IS files could bring the network down he nodded and said simply: 'God willing.'"

Sky News said they’ve alerted authorities about the information and military officials think this could be a huge blow to the group.

The form asks applicants basic biographical information, as well as the countries they've traveled through, any special skills they have and who recommended they join the terrorist group.

And it’s that last one that could be crucial. Learning the names of ISIS recruiters could help stem the tide of foreign fighters heading over to join.

A counterterrorism expert said finding out an aspiring fighter’s point of contact with ISIS is "probably the most significant intelligence we've had to date of Da'esh. … It's these people that are capable of radicalising and sending out foreign fighters in their dozens."

But it may take awhile to actually put the information into action, since there’s so much of it to sift through. There are reportedly more than half a million individual data points contained in the flash drive.

This video includes clips from ISIS and Sky News.