Terrorists Can Easily Target Civilians On The Run 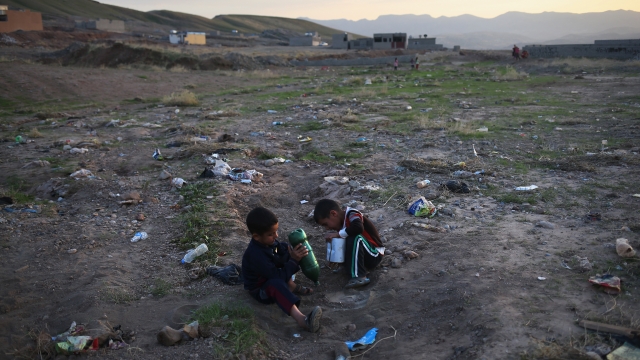 SMS
Terrorists Can Easily Target Civilians On The Run
By Melissa Prax
By Melissa Prax
August 6, 2016
Civilians fleeing the fighting in Iraq can become victims of terror groups.
SHOW TRANSCRIPT

When violence hits a city, people flee. But that can make them targets for terrorists to capture or kill.

That's what happened in the northern Iraqi city of Kirkuk in early August. The United Nations says ISIS took as many as 3,000 Iraqis into captivity. At least 12 were killed.

Iraqi Observatory for Human Rights put its estimate of the situation lower, at 1,900 people captured.

SEE MORE: A Record Number Of People Worldwide Are Displaced By Violence

While an increase in international efforts to retake cities might be good for the fight against terrorism overall, it's a lose-lose situation for civilians.

When U.S-backed Iraqi forces took back the city of Fallujah, ISIS threatened to use people as human shields. It's a technique the group has used since.

And all over Syria, fleeing a besieged city might be the only way to get aid like food — but that can be a deadly decision.

SEE MORE: Syria's Besieged Towns Remind Some Of A Conflict In The '90s

Of course, ISIS isn't the only terrorist group to capture vulnerable civilians.

Almost 10 million people in Iraq and Syria are currently displaced, and millions more are in need of aid.