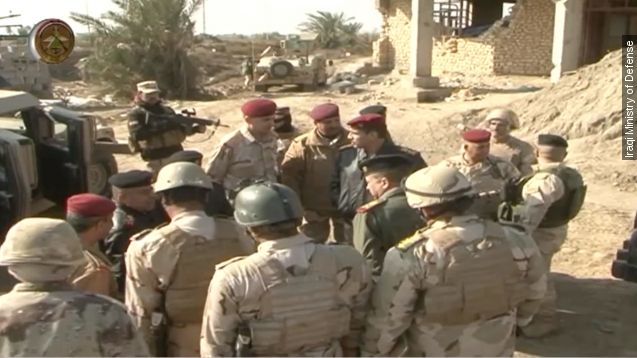 Iraq's army has surrounded and taken control of administrative buildings in the city of Ramadi, where ISIS has had a strong foothold.

It's taken nearly seven months for Iraq's army to make inroads in Ramadi, located about 74 miles west of Baghdad. (Video via RT)

The U.S.-backed Iraqi army has slowly been retaking portions of the city. (Video via Iraqi Ministry of Defense)

ISIS still holds parts of Ramadi, but the areas it occupies are shrinking.