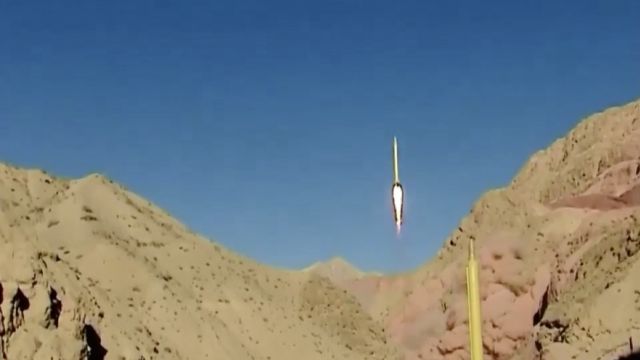 One missile reportedly had "Israel should be wiped off the Earth" written on it in Hebrew.

This comes just one day after Iran test-fired another missile.

"If in fact they break the deal, we will act," Vice President Joe Biden said at a press conference with Israeli Prime Minister Benjamin Netanyahu.

The U.S. already sanctioned Iran in January in response to previous missile tests.

This video includes an image from Getty Images; clips from PressTV, the Prime Minster of Israel, Islamic Republic of Iran News Network, and SimaNews; and music from MADS / CC BY 3.0.