Iowa Gives First Hint At How Reliable Trump Polling Is 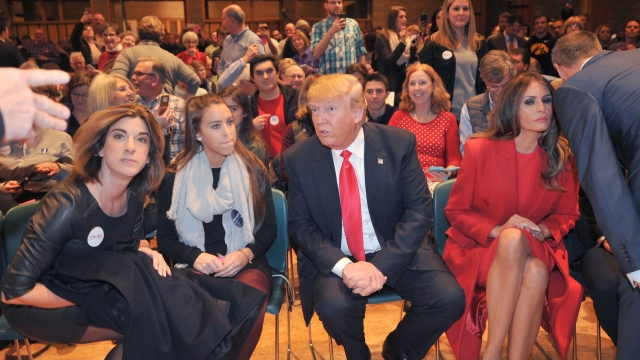 SMS
Iowa Gives First Hint At How Reliable Trump Polling Is
By Kate Grumke
By Kate Grumke
February 1, 2016
Trump came in second, which is not at all what he was predicted to do.
SHOW TRANSCRIPT

Clearly, that's interesting because it wasn't in line with the months of predictions on how he would do.

RealClearPolitics' average of Iowa polls since August showed Trump in the lead, besides brief leads from Ben Carson and Ted Cruz.

And leading up to the caucuses, trusted pollsters had Trump ahead in Iowa with 28 percent, with Cruz in second with 23 percent.

All along, pundits said the polls might not be showing reality, his campaign might not have the actual organization to turn out caucusgoers, voters might change their minds when it came down to it.

Now, with results from the first state in the nation, we have the beginnings of an answer to whether or not that’s true.

At least in Iowa, those polls were wrong. For the first time in the 2016 race, conventional wisdom may have actually held true.