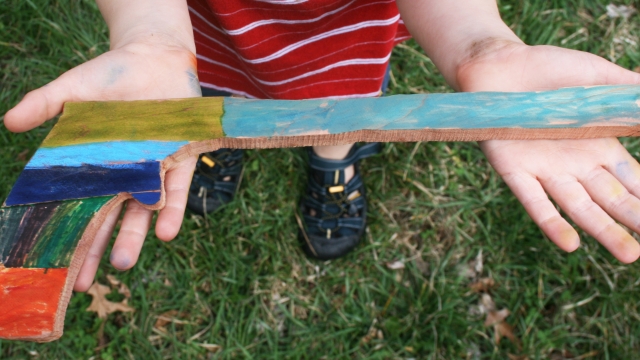 SMS
Iowa Bill Could Let Children Handle Handguns
By Katie Link
By Katie Link
February 24, 2016
The bill passed fairly easily through the Iowa House of Representatives and will next be reviewed by the state Senate.
SHOW TRANSCRIPT

When you think of Second Amendment rights you probably don’t think of kids. But children happen to be the exact focus of an Iowa bill that has a lot of people talking.

It’s called House File 2281, and on Tuesday, members of the Iowa House of Representatives approved it with a vote of 62-36.

It would let kids ages 14 and younger use "a pistol, revolver or the ammunition" under parental supervision. Teens in the state already have this right. According to the bill, people ages 14 to 21 can have a handgun if a parent consents.

Iowa law also allows children of any age to use long guns or shotguns with parental supervision. A practice that falls in line with several other states across the country.

Though the bill in Iowa passed through the House pretty easily, some lawmakers argued allowing a wider age range of children access to guns could be dangerous.

"We do not need a militia of toddlers. We do not have handguns, that I am aware of, that fit into the hands of a 1-or 2-year old," Rep. Kirsten Running-Marquardt said.

"Every three hours in this country, a child dies from gun violence either accidental or intentional," Rep. Mary Mascher said.

But the lawmaker who introduced the bill argues this is an educational opportunity. State Rep. Jake Highfill told The Washington Post, "Allowing people to learn at a young age the respect that a gun commands is one of the most important things you can do."

It's important to note, the bill says the parent or guardian supervising a child using a handgun will be held liable for all injuries and damages. Next, the bill will head to the state Senate for review.