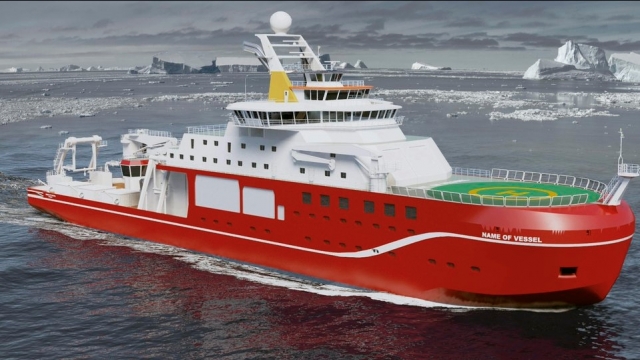 The U.K.-based Natural Environment Research Council is building a new polar research ship and needs a name for it, so the council turned to the Internet for suggestions, with predictably hilarious results.

While there were plenty of actual suggestions, the clear favorite among voters was the name "Boaty McBoatface."

The scientists who let the Internet have a say in the decision are clearly not familiar with the Internet and its tendency to choose weird names.

NASA also had an online vote to name a wing of the International Space Station. Comedian Stephen Colbert found out and decided they should name it after him.

Colbert's fans ensured that "Colbert" was the most picked entry, but NASA chose to go with the more serious name of "Serenity." To make up for it, NASA named the station's treadmill after him.

It's not just million-dollar research vessels getting odd monikers. In 2014, a Canadian couple took online suggestions for their daughter's first and middle names.

Online voters chose the name Cthulhu All-Spark, but the parents wisely opted for something a little more normal. And, unfortunately, the same fate may befall Boaty McBoatface.

The NERC said the votes were more of a suggestion and the real name will be decided by a panel, so there's a good chance all those Boaty McBoatface votes will be for nothing. Nice try, though, Internet.

This video includes clips from NASA and images from the Natural Environment Research Council.