In The Philippines, Dealing With Drugs Could Be A Death Sentence 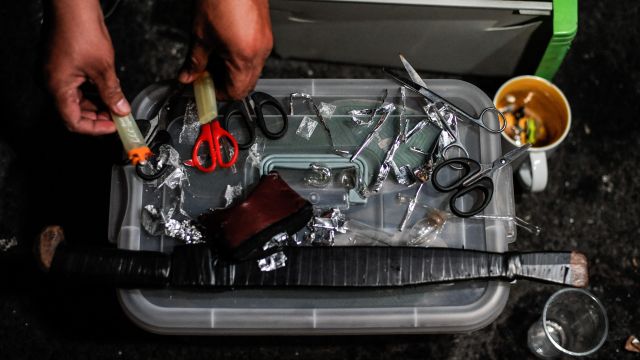 SMS
In The Philippines, Dealing With Drugs Could Be A Death Sentence
By Jake Godin
By Jake Godin
August 3, 2016
More than 700 people have reportedly been killed as part of a drug crackdown since Rodrigo Duterte won the presidential election in May.
SHOW TRANSCRIPT

The Philippines is solving its drug problem — by killing people.

More than 700 suspected drug users or dealers have been killed in the Philippines — and that's just in the past three months.

"Feel free to call us the police, or do it yourself if you have the gun. You have my support," Philippine President Rodrigo Duterte said during a Thanksgiving party in June.

Philippine President Rodrigo Duterte won the election by a landslide in May. Since then, an average of more than nine people have been killed every day.

Thousands of drug users or dealers have reportedly flooded into rehabilitation centers or surrendered themselves.

But human rights groups have criticized the extrajudicial killings.