In St. Louis, Achieving The American Dream Is Harder In Minority Areas 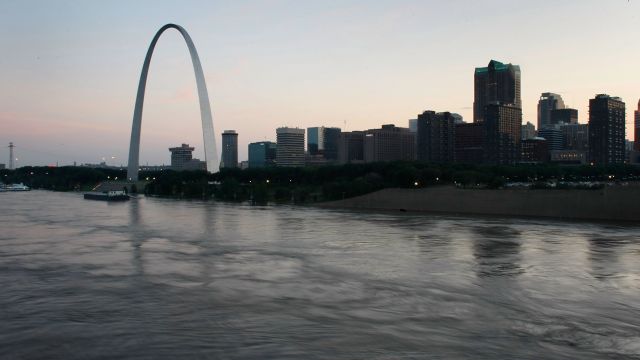 The American dream goes like this: You work hard, you buy a home, you start a family. But the reality is that owning a home can be difficult depending on where you live or, better yet, who lives near you.

This is the St. Louis region. The blue marks areas that have a minority population of at least 60 percent. The houses represent areas where there have been at least four home loans per 100 houses over the course of three years. There's a noticeable lack of overlap between the two. Between East St. Louis and Ferguson, there's just one area that has a decent amount of home loans.

This information comes from a National Community Reinvestment Coalition study that also points out the single best predictor of home loan activity is actually median family income. But there are many areas of St. Louis where more credit is being extended to neighborhoods with higher percentages of white residents and the same income profile as predominantly minority areas.

A Harvard University study from 2013 found that, compared to home owners, renters with similar circumstances experienced little or no gains in wealth. Similarly, study after study suggests a rise in homeownership can help bolster the economy of low-income neighborhoods.

Along with St. Louis, the cities of Milwaukee and Minneapolis have shown similar home loan patterns. The group that conducted the study is calling for banks to offer more home loans to all parts of the communities they serve instead of just a few.

This video includes clips from The Gellman Team.