In Fashion, Is It Best Not To Be A Skinny White Girl? 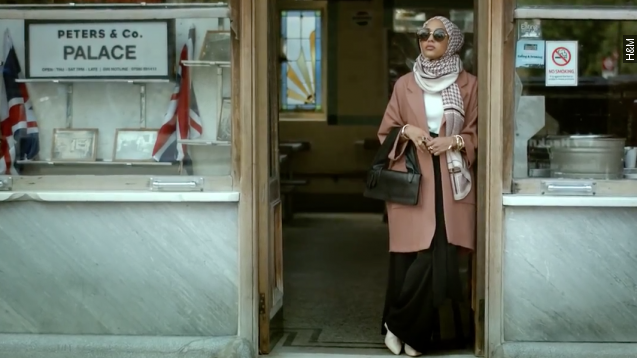 SMS
In Fashion, Is It Best Not To Be A Skinny White Girl?
By Cody LaGrow
By Cody LaGrow
September 29, 2015
More minorities are being recognized by the fashion industry, but the numbers still haven't caught up with reality.
SHOW TRANSCRIPT

What makes Giselle an H&M model? (Video via H&M)

Why is Beyonce qualified to tell us how to dress? (Video via H&M)

What makes this woman less qualified?

"Our style, in a way, hasn't really mattered, so it's amazing that a brand that is big has recognized the way we wear hijab," Idrissi said.

And here she is, modeling for the second-largest retailer in the world. H&M's latest campaign is about recycling clothes, but it seems the campaign is doing more. It's tapped into 1.6 billion Muslim consumers worldwide, while also featuring men who dress like women, women who dress like men, an amputee and plus-size models.

Which begs the question: Is now the best time to be someone other than a skinny white girl in fashion? It seems like we're becoming more inclusive, but the numbers are still lagging.

The Fashion Spot reported 84.7 percent of the models cast for fall 2015 ads were white — roughly the same numbers reported in previous seasons. Plus-size models accounted for only 1.5 percent of models, and there were only three transgender models represented this season.

But that's not to say there's not an effort for change. Designer Roberto Cavalli, credited for leading the charge on diversity, exclusively casts models of color. A transgender model signed with a top-tier agency this year, and plus-size models are proving they don't have to look like they're heaven-sent to be beautiful.

So, the high fashion world hasn't caught up to the real world. But social media has given the misrepresented majority a voice, giving, say, a 5-foot-6 male with a baby face and a husky build the opportunity to feel en vogue.