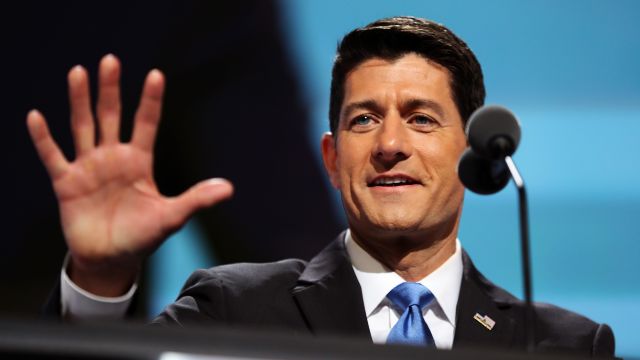 A U.S. immigration union is reportedly criticizing Paul Ryan for his stance on the issue.

The Washington Examiner obtained a letter the National Immigration and Customs Enforcement Council sent to the House speaker Tuesday, blasting Ryan's support of an omnibus spending bill in 2015.

SEE MORE: How Much Does Immigration Matter To Republican Voters?

In the letter, the organization's president wrote, "You have not spoken out about any of the issues confronting our officers or the threat to public safety presented by the lawless immigration policies of the Obama Administration."

The letter went on to say, "President Obama's 2012 DREAMer amnesty had a significant role in sparking the nation's border crisis. Foreign nationals flood across the border because they have been led to believe that if they can make it here, they can stay. ... Children crossing our border are molested and perish. Any political leader who truly cares about these children will stop the rhetoric and begin working with law enforcement to develop sound immigration policy to end the crisis on our nation's border."

The letter also warned Ryan against bringing up criminal justice reform legislation the union fears could lead to the release of detained undocumented immigrants.

The National ICE Council has requested a press conference with Ryan within the next week.

This video includes images from Getty Images and a clip from Office of the Speaker of the House. Music provided courtesy of APM Music.