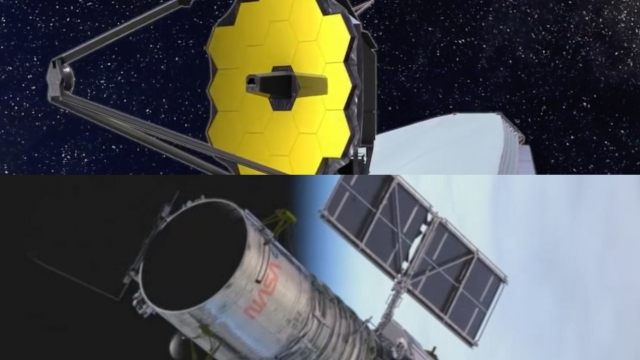 Even at 26 years old, the Hubble Space Telescope is still earning its keep. And NASA just awarded a more than $2 billion contract to ensure its science operations will continue for the next five years.

The quarter-century-old observatory lives or dies by this funding because maintenance doesn't happen anymore. The last visit to repair and service the telescope was in May 2009. Since then, it's stayed in good working order, but anything that breaks now will stay broken.

This funding extension means Hubble's service lifetime should officially overlap with that of the James Webb Space Telescope, scheduled to launch in 2018.

Webb is more a spiritual successor to Hubble's legacy than a direct one. Hubble makes its observations in the visible and ultraviolet spectrum. Webb will operate in the infrared. Researchers can't do quite the same science with each one.

But as long as both scopes are operational, astronomers will be able to turn them on the same target to study it in more detail.

How long the duo would be able to keep up that work is anyone's guess. If Hubble's hardware holds up, its demise might come down to gravity.

It wouldn't "float off into the sunset" as much as it would "eventually get dragged into the atmosphere and mostly burn up" as its orbit decays.

But that's not expected to happen until some time after 2020. And NASA will have to visit sometime before Hubble falls: It won't allow an uncontrolled breakup.

This video includes clips from the European Space Agency and NASA and images from NASA.