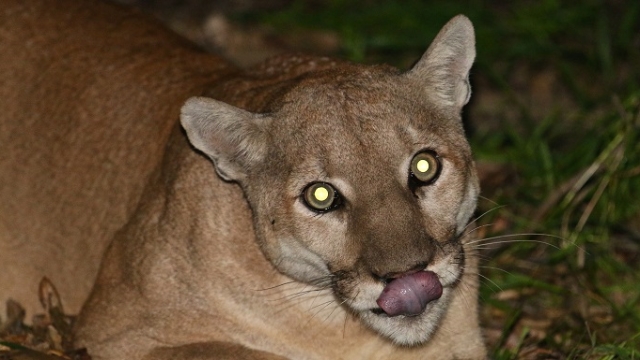 The parents of a 4-year-old Idaho girl are being credited with saving their daughter from a mountain lion attack.

"I just had this comfort, and I knew she was OK. And I felt like angels were there protecting her," the girl's mother told East Idaho News.

It happened Friday night at the family's campsite near Green Canyon Hot Springs.

Kera Butt, the girl's mother, saw the mountain lion in the distance and warned everybody. A short time later, as the children were playing, the lion attacked Kelsi Butt.

Adults rushed toward the girl and scared off the mountain lion, much like this one.

Kelsi was treated for her injuries, which included bite marks and scratches.

SEE MORE: Mom Rescues 5-Year-Old From The Jaws Of A Mountain Lion

And how's this for brave? Kelsi and her family returned to the campsite for the rest of their scheduled camping trip after leaving the hospital.

The Idaho Department of Fish and Game said sightings of the animals and attacks on humans are rare.

East Idaho News reports the family wants one of the lion's claws and teeth to remember just how lucky they were.