Snow Leopards Have Farmers On The Hunt For Revenge 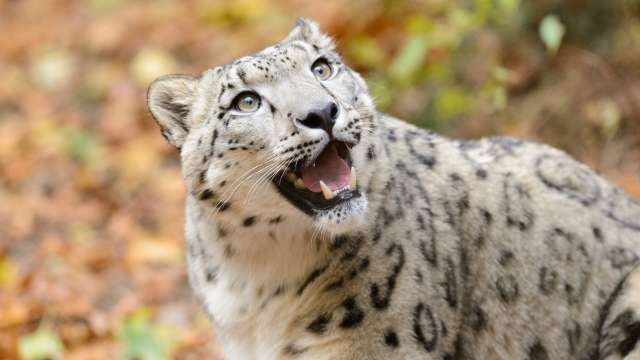 This is a snow leopard. Even though it's an endangered species, a new report says as many as 450 of them have been killed each year going all the way back to 2008.

This is not good news because it's believed as few as 4,000 snow leopards are living in the wild. They can be found in the mountains of Central Asia.

Instead, more than half the killings are from herders getting revenge against the leopards for killing their livestock.

To curb this, the report suggests governments do more to compensate farmers who lose their animals and give them the means to build better enclosures for their livestock.

"They're often made of mud patched up with flimsy wood materials, so it's easy for snow leopards to break in," Rishi Sharma, the leader of World Wildlife Fund, told New Scientist.

More than 90 percent of snow leopards are killed in the countries of China, Mongolia, Pakistan, India and Tajikistan.

There's at least one country trying to protect its small snow leopard population. The Kyrgyzstan government partnered with the Snow Leopard Trust in 2015 to create a wildlife sanctuary for the big cats.

The report also found snares set for other animals kill about 18 percent of snow leopards, and 21 percent are killed for their fur.