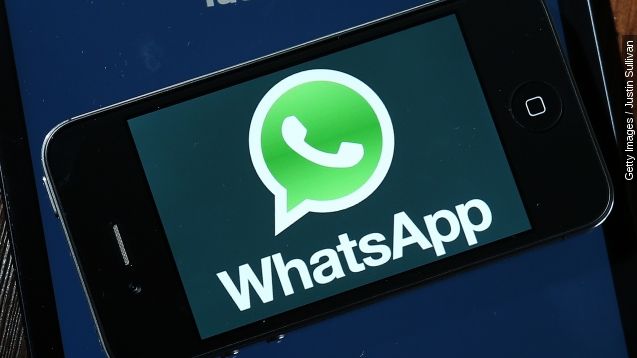 SMS
How WhatsApp Plans To Make Money Without A Subscription Fee Or Ads
By Grant Suneson
By Grant Suneson
January 18, 2016
WhatsApp, a popular online messaging app, announced it will do away with its annual subscription fee but also said it won't host ads either.
SHOW TRANSCRIPT

WhatsApp, a popular Internet messaging service, is planning to drop its 99-cent-per-year subscription fee. So how's the company going to make money?

The company said in a blog post it's going to "test tools that allow you to use WhatsApp to communicate with businesses and organizations that you want to hear from."

That post makes it sound like the app will start hosting ads, but the company says it wants to give users a way to connect with businesses. That could mean something like your bank informing you about an overdraft fee or allowing you to message a restaurant to make a reservation.

Dropping the dollar-per-year charge isn't just to save users money. It was proving difficult to even get that dollar in the first place.

WhatsApp was free for users' first year, then charged a subscription fee after that. But that fee apparently made it difficult for foreign users to continue using the app.

WhatsApp said: "As we've grown, we've found that this approach hasn't worked well. Many WhatsApp users don't have a debit or credit card number and they worried they'd lose access to their friends and family after their first year."

While 99 cents might not seem like a lot, the app claims nearly a billion users worldwide, so that can start to add up. But Facebook paid more than $19 billion to buy out the Internet messaging service in 2014, so the app likely has enough cash to stay afloat while it figures out the new model.