How To Look For Life On Europa — Jupiter's Watery Moon 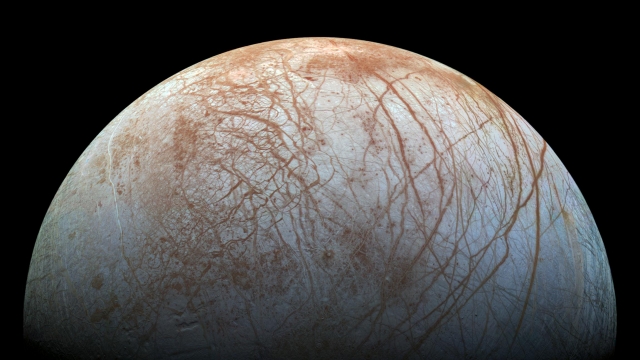 SMS
How To Look For Life On Europa — Jupiter's Watery Moon

By Evan Thomas
May 26, 2016
NASA's expanded Europa missions will send a probe to the moon's surface to look for signs of life.
SHOW TRANSCRIPT

Jupiter's watery moon Europa is the next big target in the search for life beyond Earth. And the easiest way to search is to get up close and personal — right on the surface.

While Europa Clipper would make wide orbits around Jupiter and close passes to Europa, the lander will get close enough to prod the surface with its sensors.

It could touch down with the help of a skycrane, like the one that delivered the Curiosity rover to Mars.

The lander would carry rotating saws and scoops to dig into the ice of the crust, as well as instruments to look for signs of life.

And it would have about 10 days to do its work because not even robots can stand up to the radiation pouring off Jupiter for long.

It's a short window, and one that's still six years away, but Congress seems to think the science is worth it. Since NASA announced the mission, lawmakers have pumped cash into the Europa program, set launch deadlines for both orbiter and lander missions, and directed NASA to use the Space Launch System to get its probes where they need to go.