How The Candidates Want To Tax Capital Gains (Or Not) 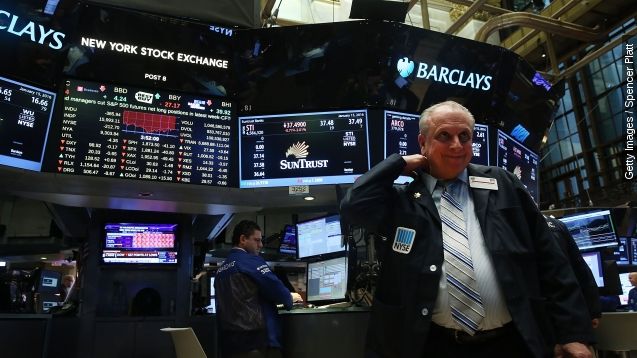 SMS
How The Candidates Want To Tax Capital Gains (Or Not)
By Kate Grumke
By Kate Grumke
January 18, 2016
Ideas range from no tax at all to increasing the tax.
SHOW TRANSCRIPT

Capital gains are profits from selling investments, stocks or property, and they're one of the most important issues in the 2016 candidates' tax plans.

And then starting in 2013, the top rate rose to 23.8 percent as part of budget agreements in Congress.

Now, Democratic and Republican presidential hopefuls are laying out what they think should be done with capital gains tax rates.

Bernie Sanders and Martin O'Malley would like to put capital gains tax and income tax on level ground. Sanders says income taxes could be as much as 52 percent for the wealthiest Americans. (Video via NBC)

The Republicans fall into a few different categories with their plans. There are those who think there shouldn't be any tax on capital gains whatsoever — Jim Gilmore, Mike Huckabee and Marco Rubio.

Both Jeb Bush and Donald Trump want to lower the top capital gains tax from 23.8 percent to 20 percent. John Kasich would reduce the long-term rate to 15 percent. (Videos via Donald J. Trump for President, Inc., Jeb 2016 and Kasich for America)

And finally, there are the Republicans who are calling for a flat tax rate, which they would also apply to capital gains. Among them: Ben Carson, Ted Cruz, Rand Paul and Rick Santorum.