How Pigeons Are Keeping Track Of London's Air Pollution Problem 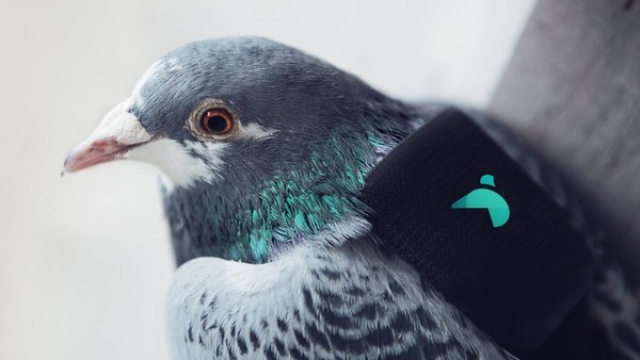 Pigeons are monitoring the air quality in London. Yes, pigeons.

Ten of the birds, dubbed the Pigeon Air Patrol, were equipped with tiny pollution-detecting backpacks.

And those backpacks check for nitrogen dioxide created by diesel cars, buses and trucks.

The pigeons' findings are being live-tweeted as they map pollution levels at different points around the city.

As of Tuesday morning, most of the city seemed to be at a "moderate" level of pollution.

The companies behind Pigeon Patrol aren't hoping to deploy an army of backpacked-equipped pigeons to monitor the world's air quality but instead want to raise awareness about London's pollution problem.

For the past five years, the U.K. exceeded the EU's air-pollution limits; London surpassed its yearly pollution limit in the first week of 2016.

And despite plans to decrease pollution, nitrogen dioxide levels in London and several other cities are expected to exceed limits for another five years.

This video includes a clip from DigitasLBi and images from Twitter / @PigeonAir.