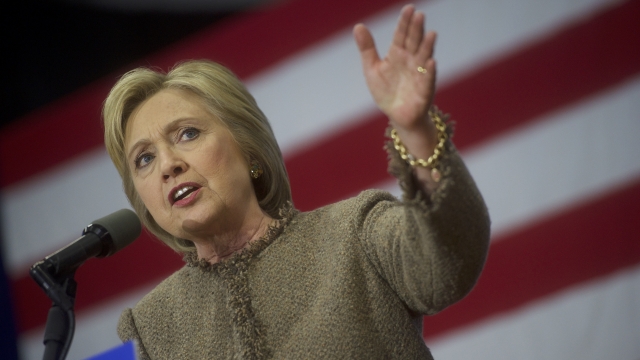 Former Secretary of State Hillary Clinton has won the South Carolina primary with more than 70 percent of the vote.

"Today, you sent a message: In America, where we stand together, there is no barrier too big to break," Clinton said in her victory speech.

It's not a surprise; Clinton's been leading in that state by double digits for months. Despite several close early contests, the Clinton camp has maintained that Clinton's support with minorities or her "Southern firewall" will help her pull away from Sen. Bernie Sanders.

And based on South Carolina exit polls, the Clinton camp is right. Nonwhite voters made up 65 percent of Democratic voters, and 86 percent of them went for Clinton. That's even better than President Obama's margin against Clinton in 2008.

The next voting takes place on Super Tuesday, when multiple states, including many in the South, will be voting.

This video includes images by Getty Images and a clip from Hillary for America.